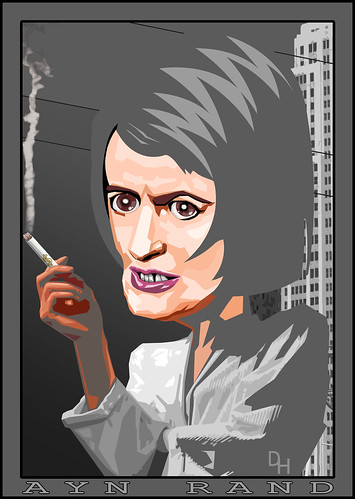 Richard Uzelac serves as CEO of Internet marketing firm RealtyTech, Inc., where he develops products and builds strategies. He also founded a second Internet marketing company called GOiMarketing, Inc., in 2004, which offers myriad online services to professionals in a variety of areas. Although he stays busy with his professional life, Richard Uzelac always makes time to read. One of his favorite authors is Ayn Rand, a 20th-century novelist, playwright, screenwriter, and philosopher.

Rand is known for her two best-selling novels, Atlas Shrugged and The Fountainhead, and for developing a philosophical system she called objectivism. Born in Russia in 1905, Rand moved to America in 1926 and worked in Hollywood as a screenwriter until she published The Fountainhead in 1943. In 1957, she came out with her second renowned book, Atlas Shrugged.

Rand fiercely opposed socialism, communism, and fascism, instead advocating for individual rights, capitalism, and a constitutionally limited government. She enrolled at Petrograd State University as soon as the Russian Revolution ended and universities were opened to women. She majored in history and read Aristotle and Plato, who she listed as her two greatest influences. Other writers Rand studied included Friedrich Nietzsche, Fyodor Dostoevsky, Victor Hugo, and Friedrich Schiller.

After arriving in the United States in 1925, Rand eventually made her way to Hollywood, where she married a young actor named Frank O’Connor in 1929. She became an American citizen in 1931 and tried to bring her family to the U.S., but was not successful.

In the late 1920s, Rand wrote short stories and a novel called The Little Street. She sold a screenplay, Red Pawn, to Universal Studios, though the project eventually failed due to its anti-communist themes. Her first novel, We the Living, achieved publication in 1936 and served as a semi-autobiographical work set in Russia. The Fountainhead won her critical acclaim in 1943 and became a huge success. She sold the rights for a film version of the book that same year, and the movie was released in 1949.

Rand underwent surgery for lung cancer in 1974 and lived until 1982, when she died of heart failure at her home in New York. A fitting epitaph of a huge floral arrangement in the shape of a dollar sign held center stage at the funeral.